Arizona's 30 state senators each represent a unique district of voters. Republicans have held the majority in recent years, although most recently by only a handful of votes.The job pays $24,000 a year, plus mileage and per-diem during session.

Why are you the best person for the job?

Do you support the teacher pay-raise plan passed by the Legislature and signed by Gov. Doug Ducey? Why or why not?

State funding for Arizona schools remains below pre-recession levels. How should the state address funding for its schools in next year’s budget? How would you pay for any increases?

Does Arizona do enough to require accountability and transparency for charter schools?

Would you support stricter gun laws, including raising the minimum age to 21 for all gun purchases, banning bump stocks and universal background checks on gun sales between private parties?

What should Arizona do to prevent mass shootings in schools?

As a legislator, would you be inclined to support additional tax cuts for individuals or businesses? If so, which taxes would you like to see reduced?

Should recreational marijuana use be legalized in Arizona? Why or why not?

Has Arizona taken the right approach by increasing restrictions on abortion providers and clinics? Why or why not?

What should Arizona be doing to prepare for a potential water-shortage declaration on the Colorado River?

Would you support a statewide law that bans discrimination against lesbian, gay, bisexual and transgender people in public accommodations, such as restaurants and other businesses? Why or why not?

Would you support a statewide law to allow business owners and others to deny services to customers based on religious beliefs? Why or why not?

In terms of the economy, how can the Legislature best encourage sustainable growth that benefits people of all income levels?

What is your position on Proposition 305, the ballot measure that would repeal the Legislature’s 2017 expansion of the voucher program?

What role should Arizona play in helping the federal government secure the border with Mexico?

Has the Legislature done enough to address concerns about sexual harassment among its membership?

Is there an issue not mentioned about that you feel hasn’t received enough attention at the Capitol? How would you address it?

What is the greatest threat to Arizona’s future, and how would you address it?

Last spring, lawmakers – at the direction of the governor’s office – opted to not authorize the state’s expenditure of $56 million in federal aid for child-care costs for the working poor. Should the state accept the $56 million? Why or why not?

Family members who take in their relative’s children when the kids are removed from their parents’ home get a sliver of the money paid to foster parents, about $45 a month, compared to $650. What responsibility, if any, does the state have to these family members? Should they be paid the same as foster parents? 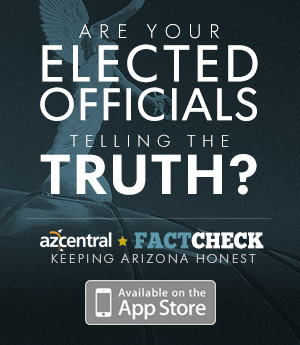